History Along the Byway

You are about to take a memorable Colorado, trip, which means, “color red”, (color rojo). Explorers followed the same pathways the Utes, Arapaho, Comanche’s and Cheyenne traveled.  France and Spain explored and laid claim to the land, as did the first American Explorer, Zebulon Montgomery Pike. Zeb reported the abundance of beavers, which drew trappers and traders, who made contact with native tribes and the people of Taos, and Santa Fe. Both Santa Fe and Taos were in New Spain at that time. The Spanish Border was the Arkansas River, in Southern Colorado that later became Mexico in 1821, until the Mexican American War, 1846-1848. 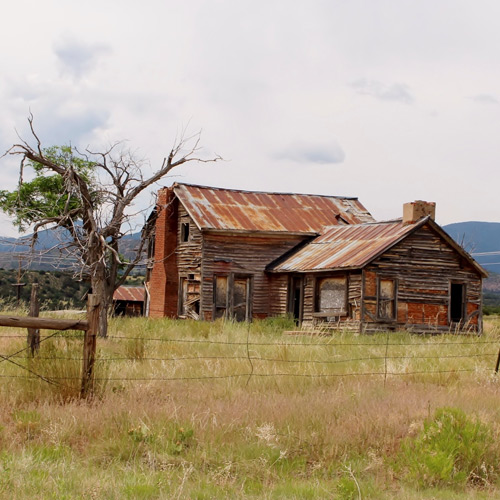 Arthur Carhart and His National Forest

The idea of forest roads, campsites and facilities was a new concept in1918. But with the advent of automobiles and American prosperity, planned recreation became a reality.

Landscape Architect, Arthur Carhart, was hired for the first project commissioned by San Isabel, which was first met with a lot of skepticism.

His radical changes, of integrating roads to a system of connected campsites, facilities, cabins and viewing sites proved to be hugely profitable. Carhart’s San Isabel work extended throughout 7,500 square miles. Almost, all of the 1920-1930s roads, constructed by the Colorado Civilian Corp, are still in use today. 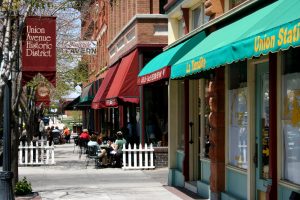 In 1842, an adobe trading post, simply called “El Pueblo”, the town or settlement, was built near the banks of the Arkansas River. The significant location, on U.S. territory drew families of mixed nationalities that defined the borderlands region. * Failed American Treaties resulted in a Mauche Ute attack on the fort, in 1842; a few years before the Gold Rush rushed in a new era of growth and prosperity. Steel making, smelting and railroading made Pueblo a large industrial center that recruited thousands of immigrants to work. Charles Goodnight and Oliver Loving, originators of iconic western cattle drives, drove Longhorn Cattle to Pueblo, where they were loaded on trains to northern markets. Goodnight established a ranch at Pueblo. The newly restored Goodnight Barn is visible from the byway. Today, Pueblo’s Arkansas Riverwalk welcomes visitors to a beautiful urban park in the main business district and adjacent to Historic Union Avenue. *Borderlands refers to the cultural area along the Arkansas river-border that separated U.S. and Spanish territory, (1803-1821) later, U.S. and Mexican territory (1821-1848). 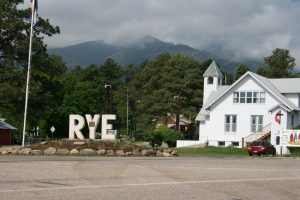 Rye is a beautifully serene town in lush foothills, established in 1870; it has a population of 200. In addition to farm and dairy ranches, the Rye area used to be renowned for its numerous “singing” sawmills. Rye was also used as a quarantine area in the 1800s. Miners with smallpox and tuberculosis were taken to Rye to keep the diseases out of the bigger cities. ​

When George Hafford first discovered silver in the area, 1878, when silver was discovered and hundreds of people flooded the region. “…every stagecoach and every freight wagon brought in new comers. Gamblers and painted ladies…” Frank Mill, 1879. Soon houses, stores and mills vied for space. By 1810, the town was the third largest in Colorado, before going bust. Many residents moved their houses and business on rollers from Silver Cliff to Westcliffe, to avoid higher taxes! 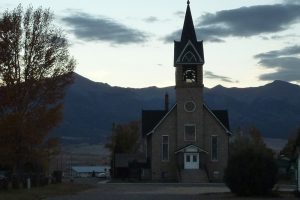 Many wonder why this town was built so close to Silver Cliff. In 1880, The Rio Grande Railroad, (D&RG) laid narrow gauge track into Westcliffe, which dictated the location of the terminus. Businesses, naturally vied for location nearby. By 1939, D&RG ended rail connections to the valley. Now, Cattle are king. Beckwith Ranch, beautifully restored, was the largest cattle ranch and horse operation in southern Colorado at the turn of the 19th century. A must see!​ 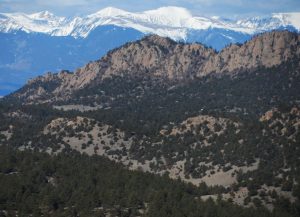 Moviemakers have used the beautiful scenery of the Wet Mountain Valley as a backdrop for a number of productions including: How the West Was Won, Comes A Horseman, Cat Ballou, The Outcast, Vengeance Valley, Saddle the Wind, Then Came Bronson Barquero, (Do they mean Baquero?) White Buffalo, Conagher. 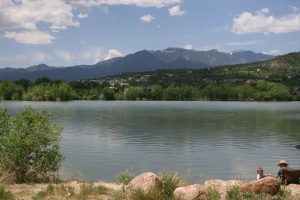 Rye is a beautifully serene town in lush foothills, established in 1870; it has a population of 200. In addition to farm and dairy ranches, the Rye area used to be renowned for its numerous “singing” sawmills. Rye was also used as a quarantine area in the 1800s. Miners with smallpox and tuberculosis were taken to Rye to keep the diseases out of the bigger cities. ​

First Nations of the Byway

The first people, the ancient ones, lived on the land.  They looked for land, water, plants, and animals they needed to survive. They looked for places where water flowed.  They looked for valleys that had trees that covered them. They hunted animals and picked wild plants to eat. The biggest animal they hunted, was the Wooly Mammoth. It had long hair and great rounded tusks, like an elephant, but much, much bigger!

The Ute Indians lived in the mountains in summer and on the lower, warmer plains in winter. They lived in teepees, and hunted buffalos. That means they had to move their camps to follow the buffalos.

They used a travois, (trav-wua) which helped them move their belongings. Dogs were a big help to them. The women would tie two long poles to the dogs, and bundle their things on the poles. The dogs would pull the polls behind them.

The Plains Indians, the Apache, Comanche, Kiowa, Cheyenne, and Arapahoe, also lived in tipis, and hunted the buffalo on the open plains. The men would capture wild horses or trade for them.  The horses made them better hunters because they could go faster and farther. They became great horsemen.

Women made the teepees, moccasins for the feet and clothes, from buffalo skins. They liked the horses too, because they could pull bigger travois.  The Indians had beautiful places to live, in the mountains and on the lower plains.

People came from far away to learn about this land that the Indians lived on.  They started a great trip across the ocean in big ships. They came to explore, to see what they could find and what they could learn. They came to find out what kinds of animals and trees and plants are here. They searched for lakes, trails and rivers. They met and learned about the Indians and traded with them.

Then, the Spanish came and explored.  They brought animals with them, like chickens, pigs, cows, sheep, horses and cattle. The Indians had never seen such animals before! Before too long, people were doing lots of trading of food, animals, clothes, blankets, and buffalo skins. All of these things the people could use. A woman could trade moccasins for a metal pot.

Next to explore came an American Soldier, General Zebulon Pike and his men. His job was to report what he saw too. One of the most important animals he saw was a beaver!  Zeb Pike was excited to see beavers in the mountains.  The beaver cuts tree limbs with their sharp front teeth. They use the limbs to make their homes in the river. Most important, the beaver has thick, rich fur. The fur was perfect for making fancy top hats for people who lived in the cities.

So, more traders came to trap the beaver along the rivers, and many hats were made from the fur. The trappers became experts on how to live in the mountains. They learned to trade with the Indians and in Spanish Villages.  They knew the many trails and paths in the Wet Mountain Valley and the Sangre de Cristo Mountains.